David has an MBA in Finance and Entrepreneurial Studies from UCLA’s Anderson School of Management; and a Masters in Tax and a B.S. in Accounting from Miami of Ohio. David is active in the Los Angeles community with such organizations as Temple Isaiah, Gold Coast Business Forum, the Anderson Private Equity Alumni Association, Provisors, Bruin Professionals, the California Restaurant Association, and the Association for Corporate Growth (ACG). David is on the Board of the 101 Corridor Chapter of ACG, where he also serves as Sponsorship Chairman. In both 2016 and 2017, David was honored by the San Fernando Valley Business Journal which included him in their list of the Valley 200: The Most Influential Leaders in the Valley (which includes the San Fernando, Conejo, Santa Clarita, Simi and Antelope valleys in Southern California).

David is originally from Buffalo, NY and currently lives in Marina Del Rey with his wife and two sons. 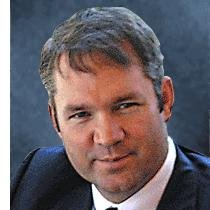 Andrew has over 13 years of investment banking and private equity experience in addition to CFO and related operating management roles in portfolio company investments. He specializes in growth capital transactions including mergers, acquisitions, divestitures and leveraged recapitalizations in information technology and aerospace and defense. He is a Partner with Allendale Partners where he advises emerging growth companies in sectors including information technology, aerospace and defense and consumer. Andrew was CFO of the Merex Group, a private equity backed aerospace and defense company where he completed multiple acquisitions to grow the business more than five-fold over two years. Andrew was a Managing Director of Angeles Capital Group, Director of Alexander Dunham, Associate of Gerard Klauer Mattison (now BMO Capital Markets) and Associate of Chanin Capital Partners (now Duff & Phelps). Previously, he was a Senior Manager at Oracle Corporation after being actively involved in the development and growth of Treasury Services Corporation, an enterprise software company that was acquired by Oracle Corporation.

Andrew received his MBA from the John E. Anderson Graduate School of Business at UCLA where he was selected as a Venture Fellow. He received his Bachelors of Commerce degree at the University of Western Australia. Andrew began his career as a CA with Price Waterhouse in Perth, Australia. He holds Series 7, 63 and 79 licenses with Fallbrook Capital Securities Corporation.

Andrew currently lives in Encino with his wife and four children. Brandt Blanken is a managing director and principal of Calabasas Capital and founder and President of Fallbrook Capital Securities Corporation. Brandt has over 20 years of experience in investment banking focused in the areas of real estate, energy, entertainment and tax credits. Prior to co-founding Fallbrook Capital, Mr. Blanken and his partner developed a specialized business of raising capital for tax incentive investments, mostly Low Income Housing Tax Credit partnerships. During that period, Mr. Blanken and his partner raised capital, advised on and financed over $2 billion of investments for large institutional clients.

Brandt is a graduate of The George Washington University and lives with his wife and children in Calabasas, CA.

The information contained herein is believed to be reliable, but is not guaranteed as to its accuracy or completeness. This website is provided solely for your information and convenience. This material does not constitute an offer to sell or a solicitation of an offer to buy any security.

An offer can only be made by a prospectus that contains more complete information on risks, management fees and other expenses. In order to fully understand all of the implications and risks of investing, investors should carefully read a prospectus before investing.